The second festival this summer was BootBooHook in Hannover. The festival being in town has the advantage that you don’t need to camp! The festival took place at Faust with a big outdoor stage and two indoor stages in what turned out to be small and hot buildings. Food offerings were quite interesting with soup, hot dog, crêpe, Indian and African (nice!) stalls being present but people wanting some fries were out of luck. Well done.

We started off seeing The Horror Horror (OK) and The Wedding Present (old) before the much-loved Friska Viljor came on. I liked a few songs on their first album, but never became a big fan. That didn’t change in their gig here. 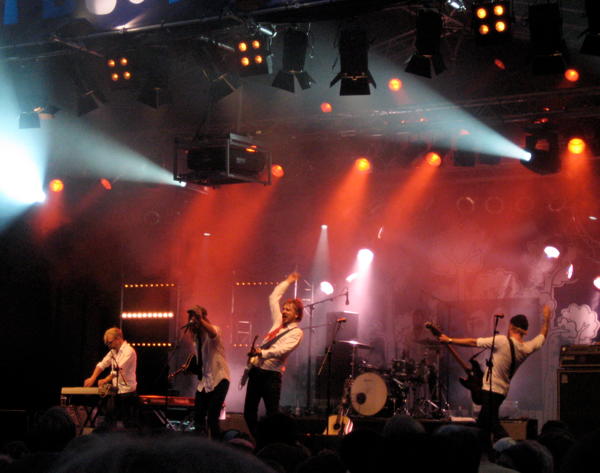 The final band on the outdoor main stage were The Notwist. I last saw them in Haldern in 2002 and it was great to see them play again. 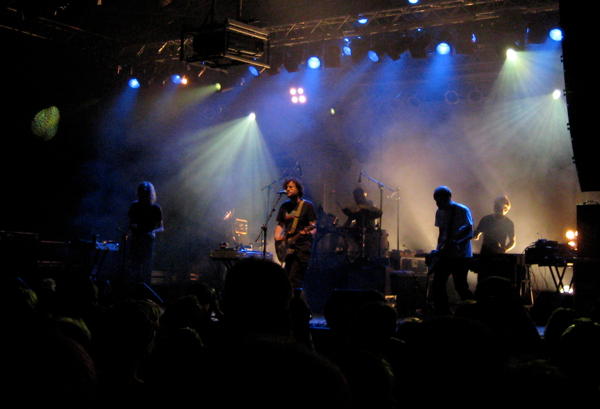 The remaining shows of the evening took place inside where space was scarce and temperatures were high. The first band we saw were the appetisingly-named Herpes whose music could be considered like NDW with generous dashes of punk and 21st century. I quite enjoyed that. 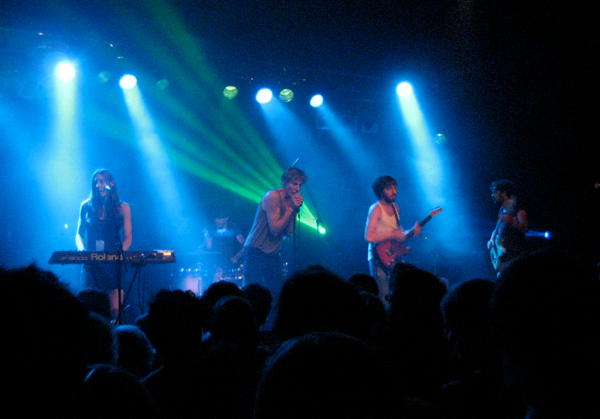 Afterwards Superpunk played a nice gig after which we headed home. An honourary mention must go to Königsworther Platz underground station here. I passed it almost daily a few years back but had never actually used it before. It’s sweetly decorated with little trees all over: 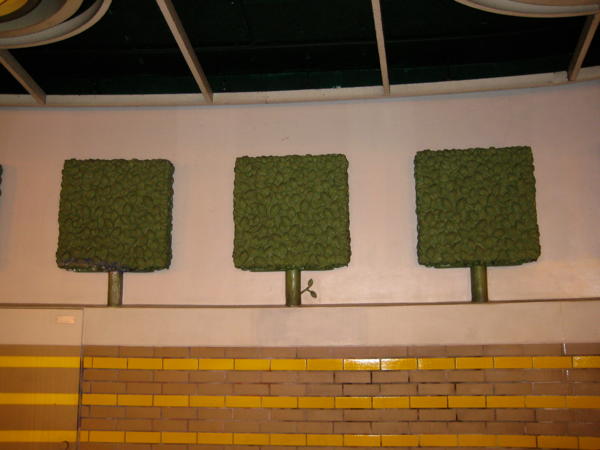 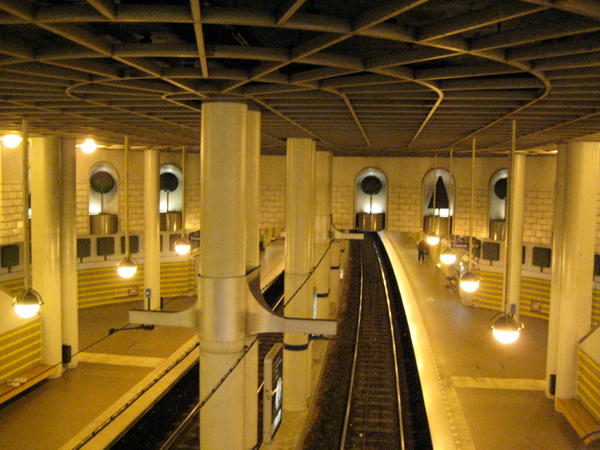 Saturday’s music began with Tele’s Francesco Wilking playing witty acoustic songs before the master of wittiness, Bernd Begemann came on. He started a bit late because he was stuck in traffic. Accordingly, began his gig with Eigentlich wollte ich nicht nach Hannover and then continued being the great entertainer and clown that he is. 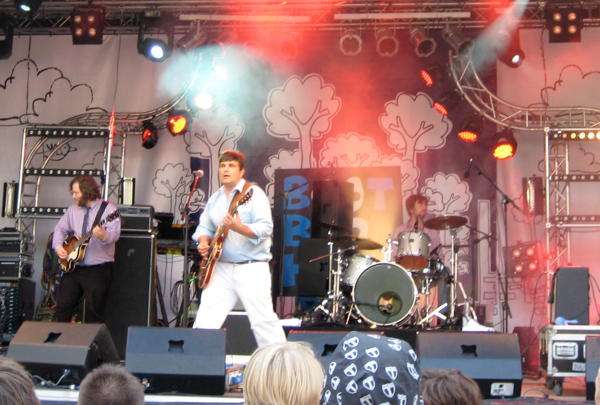 After a short bread for coffee and cake in Linden, we saw a bit of Anajo before Die Sterne played. Their albums have become a bit mellow over the years, but they haven’t lost their charme, presenting their new album’s Convenience Shop as the 2010 version of their 1999 classic Universal Tellerwäscher. 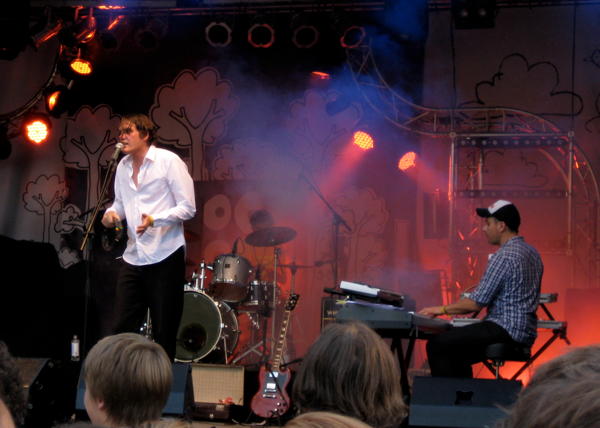 What followed was the most refreshingly powerful gig I’ve seen in a while – played by The Go! Team, who brought two drumsets, plenty of other instruments and six people who changed instruments and didn’t cease to jump around. Special respect goes to their frontwoman who even in the last song jumped around as energetically as she did at the beginning of the show. Impressive and recommended. 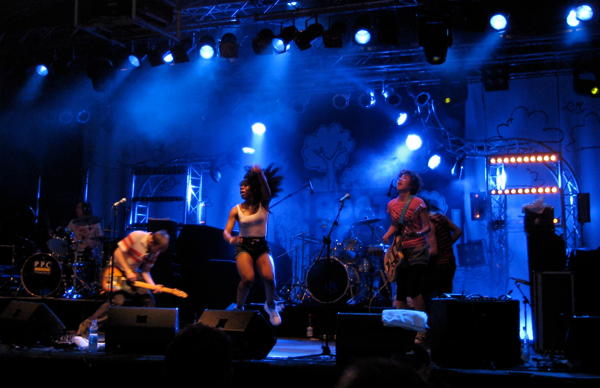 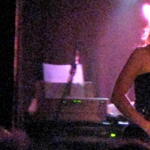 Hot Chip played afterwards. They’re not the most interesting band to begin with, but after The Go! Team’s impressive show, they seemed particularly lame. After seeing a bit of them, we had a look at Fertig, Los in one of the buildings who had a nice and geeky printer on stage. But we disliked their music enough to not wait until it was used.

We finished the evening by seeing a bit of Men among Animals (OK) and Station 17 inside. I hadcool song by them on a mixtape since the ’90s and was amazed the band still exists. Probably the band warrants a lengthy discussion about what kind of music you like and why you do it. I wasn’t too impressed by their gig and the songs in it. 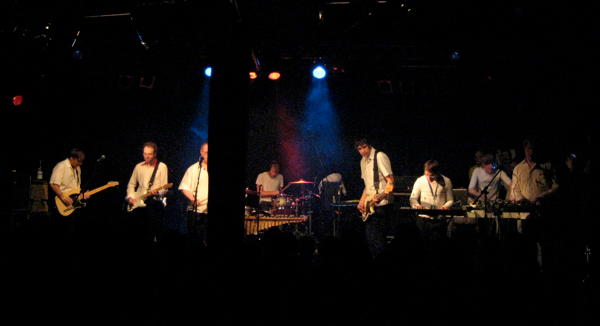 And that was it. A lovely in-town music festival with a few highlights.