I rather spontaneously decided to visit Berlin Festival this weekend. An interesting lineup combined with friends and the spectacular location that is Tempelhof airport made this a very appealing excursion.

Unfortunately we missed to see Adam Green because having a (lovely) burger, walking to the airport and queuing to get it took longer than anticipated. While I find Adam Green’s music a bit boring lately, I surely would have appreciated seeing him play again. Thus our festival began with LCD Soundsystem (OK, with a huge disco ball), Norman Palm (nice, if a bit boring) and the Editors (yawn, even the fantastic cover art of their second album stopped helping). 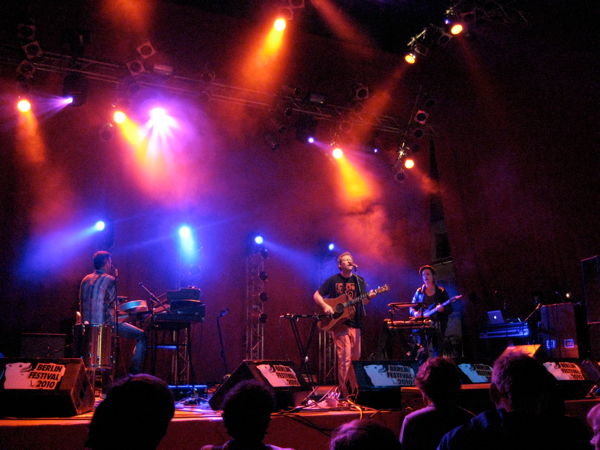 We went on to see Hermann Dune (fine), Junip (nice to finally see José Gonzales here after I missed them in Haldern) and then ‘indulged’ in some Atari Teenage Riot, who apparently need some money and reunited. Alec Empire was talking too much on stage and may or may not have enjoyed too many ‘substances’ at some stage or another. Their music sounded more techno-ish and less indy-ish than I thought it should be. 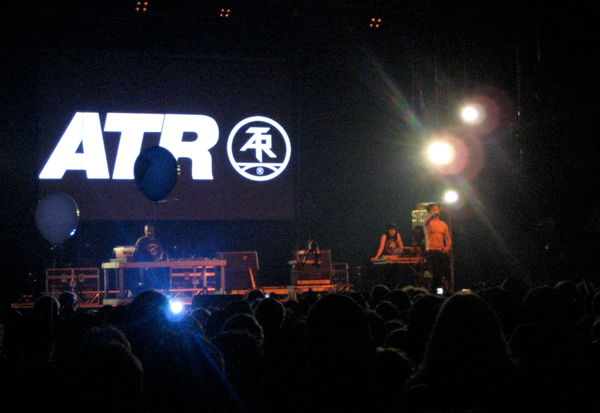 We meant to see 2ManyDJs and Fatboy Slim afterwards, but that didn’t happen because the gigs were cancelled.

After this year’s Love Parade death trap in Duisburg everybody’s aware about the security of such big events. The festival grounds at Berlin Festival were easily big enough and if there were to be any problems, removing a fence could extend them to the whole airfield if that was required. Yet, the poor organisation of the event still managed to create a problem there:

The main stage was closed at 11, to keep noise levels down. Bands only played the smaller stages in the hangar after that. With some of the main acts playing the smaller stages late in the evening – rather unsurprisingly – many people wanted to get in there. They had these security fences/barriers to separate the different areas, so there was at no point an issue inside the hangars but apparently queueing to get in got so crowded that the organisers decided to shut down the event after the police told them it might look dangerous. As far as I can tell this situation was entirely manageable and predictable if to organisers had thought about what they were doing and surely one could have set up more separated queueing to avoid this problem. But everybody managed to be entirely surprised, so they cancelled the rest of the evening for safety reasons.

I surely didn’t want to switch places with the guy who had to announce this inside the hangar to the crowd who waited to see 2ManyDJs next. In fact the moment he did it was the only moment I actually felt uncomfortable, feeling that the situation might escalate. It didn’t. People were upset and went home. And the organisers tightened Saturday’s timetable, so all stages would finish at 11, thereby avoiding the problem and removing the ‘nightlife’ aspect of the festival. Two days later they came up with a half-assed non-apology. 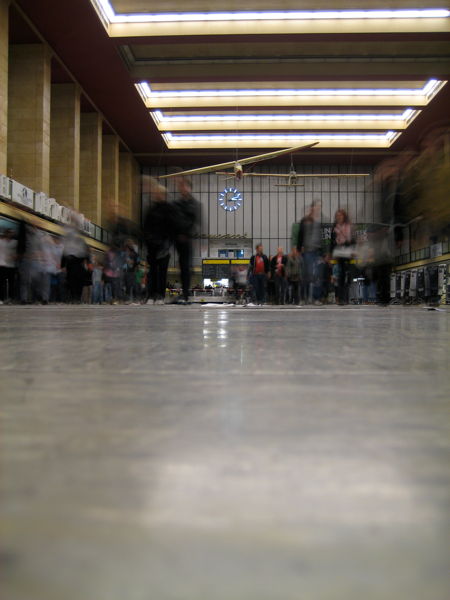 Saturday’s gigs began in the afternoon with Seabear being the first band for us. After enjoying them a few years ago but missing their gig at Haldern this year, I was keen to see them again. Particularly as their music is so nice and you just want to hug them and take them home. 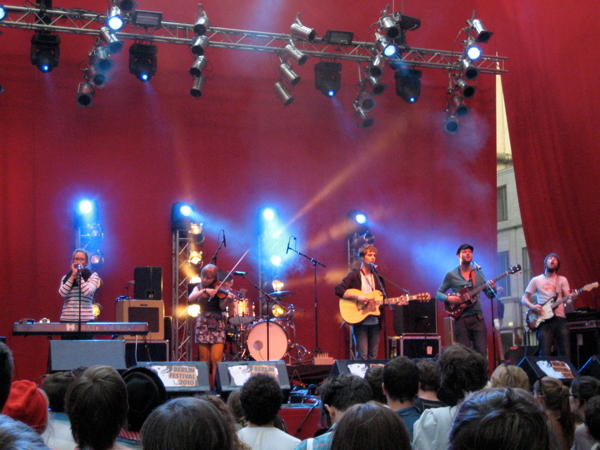 After that followed Superpunk (nice again, even though I just saw them three weeks ago), Tahiti 80 (interesting, more acoustic than I remembered) and Lali Puna (fine, dull?) all during a perfect summer afteroon which invited us to sit in the sun in front of the hangars. 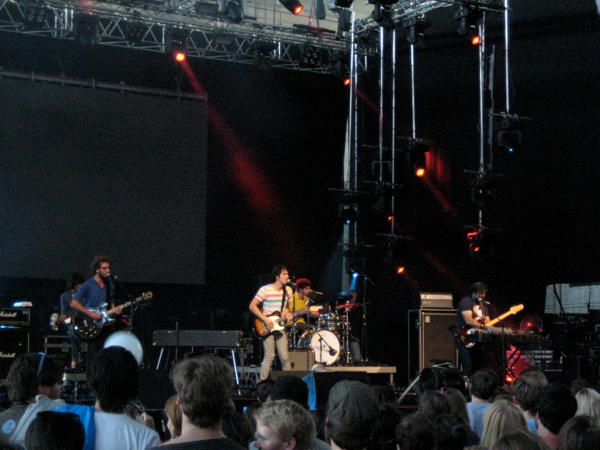 Then Soulwax played on the mainstage. They were certainly one of the big attractions, particularly as their 2ManyDJs set the night before had been cancelled. They sounded a bit more technoid than I remembered, particularly during the first half of their set. But they did a great job playing the percussion and the fancy ‘instruments’ wearing suits. 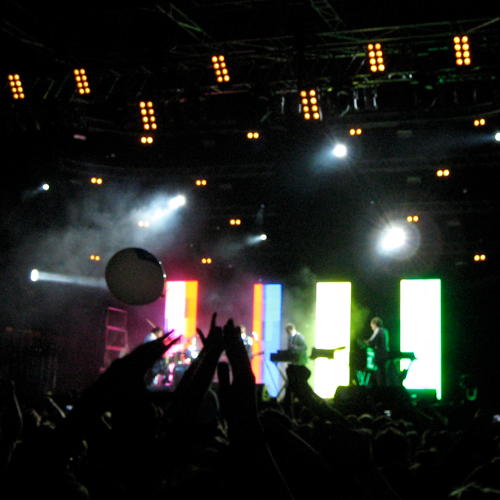 This was followed by Tricky in one of the hangars who seemed to mostly walk off the stage and not do much while he was there. I had imagined his show to be more exciting. Also: If the lead singer is dark-skinned, please turn up the lights, so one can see him a bit better. The final show was a gig by Peaches with a lasershow. I’m not really a fan of her music but seeing that she seems to be one of the coolest people in her business, this was a must-see, and rightly so! 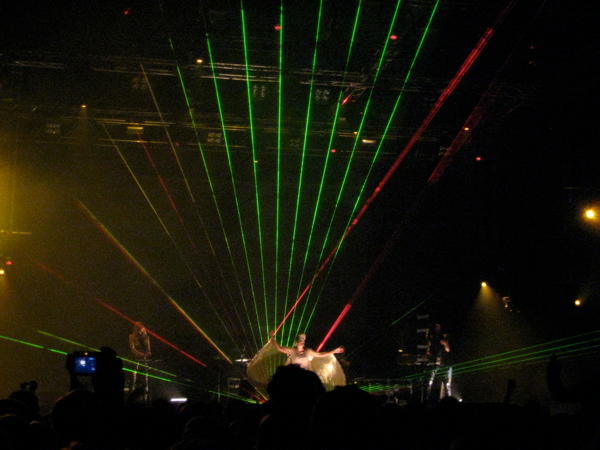 I really like Seabear a whole lot, but I actually never managed to enjoy their live performance even though I saw them three times. The spark just didn’t ignite.

I liked them when I saw them before although they seemed a bit ‘harder’ then. Perhaps the early afternoon time did them a favour as everybody was still fresh and cheerful rather than in a party mood. Thus the loveliness could spread.